Khandvi recipe in English | How To Make Khandvi At Home 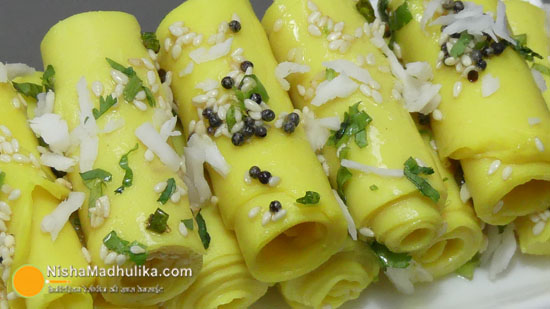 It is a recipe which belongs to Rajasthan and easier to prepare.

How to make Khandvi

After making the paste, preheat a pan and add the paste in it. Cook the paste for 4-5 minutes in it until it appears thick. After cooking it, switch off the flame and place the plate upside down near the stove. 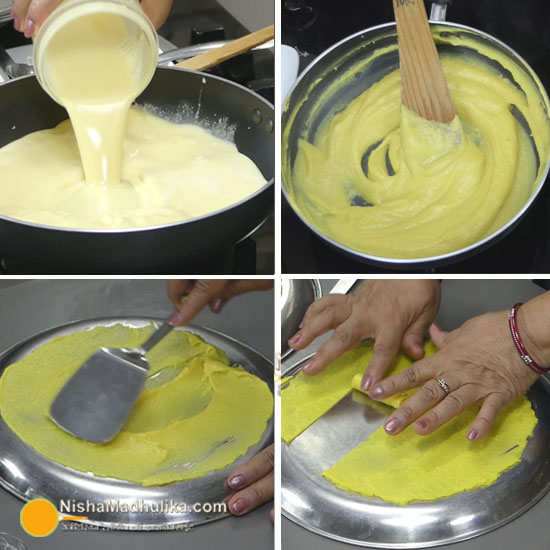 Keep it aside to cool down for cutting and folding after the 5-6 minutes. Khandvi has set. Now, we will cut it. Lift the khandvi from the corners using a knife, roll it using your fingers. Make rolls of the whole khandvi by rolling and cutting it.

5.00 Ratings. (Rated by 1 people)
Khandvi recipe in English | How To Make Khandvi At Home Nisha Madhulika Rating: 5.00 out of 5