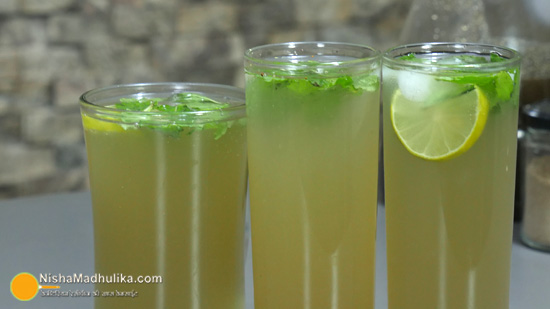 Lemonade premixes recipe is a perfect recipe to beat the heat during the summers.

Ingredients for premix of lemonade

How to make premix of lemonade

Take a pan, add 2 tablespoons of cumin seeds to it and roast while continuously stirring it on medium flame. After roasting it, pour it in a separate plate to cool down.

Take a strainer and filter the fibres of powder using it.  After filtering it, the lemonade powder is ready to be used. Store it in an airtight container and consume for 2 to 3 months.

Take a vessel, add a kg of sugar in it followed by 2 cups of water. Switch on the flame and cook until sugar dissolves in it. After dissolving the sugar, switch off the flame and add premix lemonade powder to it.

Stir to mix well and keep it aside to cool down for a while. Take ½ kg of lemons and extract their juice in a bowl. Add the extracted lemon juice to the cooled sugar syrup and mix well. 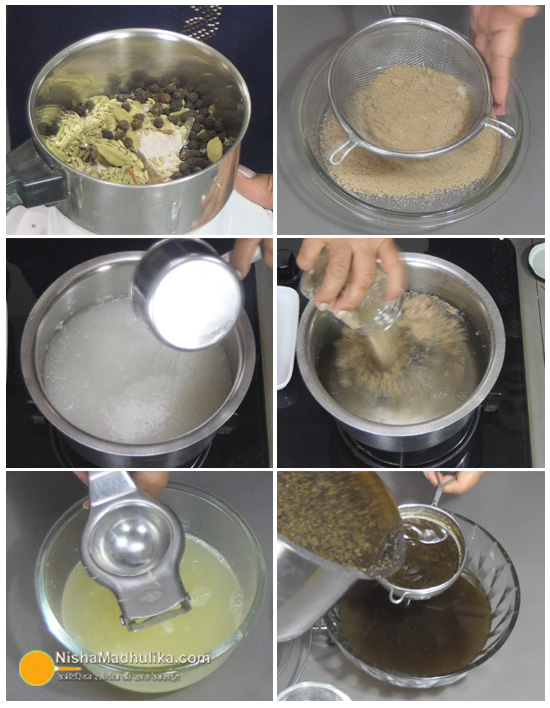 Use a strainer for filtering the syrup. After filtering it, the lemonade syrup is ready to be used. Store it in any container and in the refrigerator to consume for 2 to 3 months.

Add a ½ teaspoon of lemonade powder in a glass. Add 2 tablespoons of sugar to it and extract the juice of a lemon in it. Add some chilled water to it and stir well.

After stirring it, add some mint leaves, some ice cubes and a slice of lemon to it. The lemonade made up of lemonade powder is ready to be served.

Take a glass, add some lemonade syrup to it. Add some soda, some mint leaves and ice cubes to it. Add a lemon slice to it and stir well. The club lemonade is ready to be served.

You can use the remaining fibre of spices in the Masala mixture of a curry.

Do not throw the remaining peels of lemons, you can make their pickle easily.

You can increase or decrease the quantity of sugar powder according to your taste.