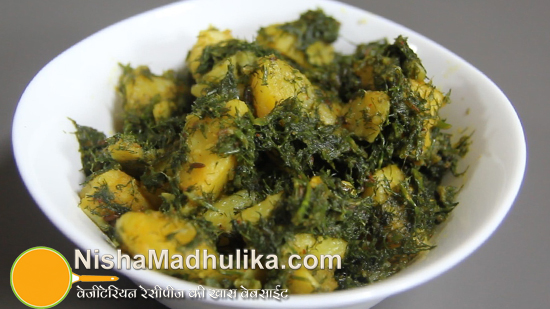 Green veggies are really healthy. Among these is another vegetable of soya saag aloo which is prepared very easily.

How to make Soya Sag aloo

Soak the soya leaves in water and rinse them well twice. Then place them in a sieve and drain out the water thoroughly. Peel the potatoes and chop them in medium chunks.

Heat enough oil in a wok. Meanwhile remove stalk from the leaves and chop them finely. Splatter cumin seeds in hot oil and after this add asafoetida, finely chopped green chili, turmeric powder and chopped potatoes and mix them thoroughly. Add 2 to 3 tbsp water to the sabzi, cover and let it cook for 3 to 4 minutes. 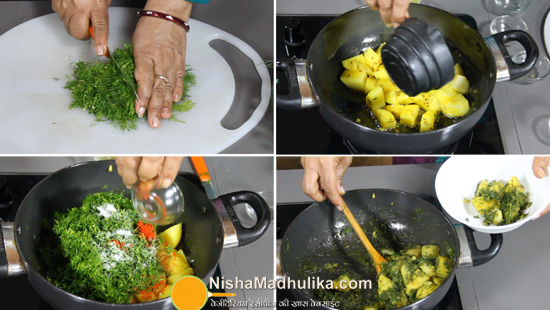 Check the sabzi, potatoes have turned tender and sabzi is ready. Turn of the flame and transfer it to a serving bowl. Tempting soya saag potato stir fry is ready, serve them with chapatti, paranthas and naan and relish eating.