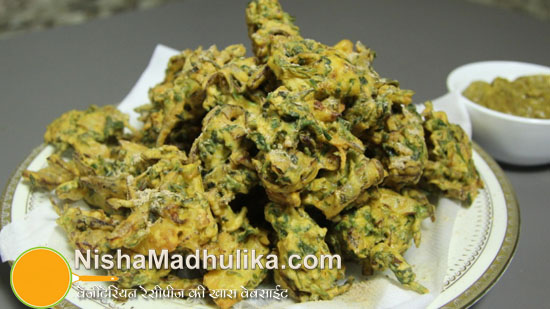 We all often relish eating pakoras prepared in numerous flavors but if we mix taste of all these pakoras then the taste gets double. Today's recipe of Mix veg pakoras is prepared with this mixed taste and flavors. Try making it and everyone will surely like it unique taste.

How to make Mixed Vegetable Pakora

Take cauliflower and chop it finely on a chopping board. Place chopped cauliflower in a bowl and likewise thinly slice the potatoes as well. Now take cabbage and chop it down finely as well. 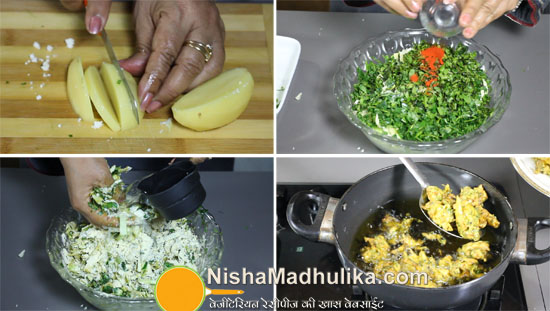 Prepare mixture for the pakoras

Mix chickpea flour to these chopped veggies now. Add this much flour that there is right bind in the veggies. Now add some water to the bowl and mix well. Mixture for pakoras are ready and we have used 1/2 cup of water.

Heat enough oil in a wok. Drop one pakoda into the oil to check if its sufficiently hot. Pakora has gradually started floating on the surface, oil is rightly heated. Now drop rest of the pakoras in oil as well as much as possible. Flip the sides and fry until they turn golden brown in color from all sides.

Drain out the pakoras once they turn golden brown in color on a plate covered with absorbent paper. Similarly fry rest of the pakoras as well. It takes 6 to 7 minutes for frying pakoras at once. Sprinkle some chaat masala over the pakoras and serve them steaming hot.