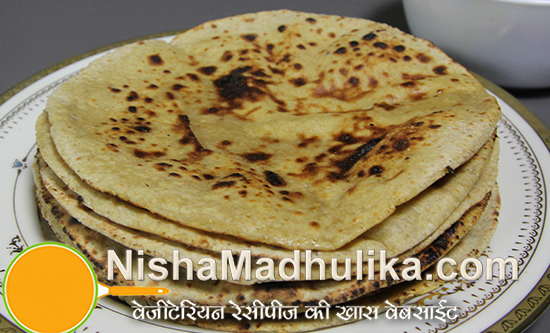 During winters try including millet and maize in your daily diet. Multigrain roti prepared with millet, maize, wheat and soya bean flour  we'll be liked by you for sure.

How to make soft Multigrain Chapati

Take wheat flour in a big utensil and mix millet flour, maize flour, soya bean flour and gram flour into it. Also add carom seeds, salt and oil in the bowl. With help of lukewarm water, knead soft dough. Cover and keep aside the dough for 20 minutes to set.

After dough is set, take some dry wheat flour. Preheat a tawa. Take little amount of dough, equal to the size of lemon and dust with dry flour. Now roll it into 6-7 inch round roti. Make sure roti is not rolled too thinly or too thickly. Keep it bit thick. Place the rolled roti on heated tawa. 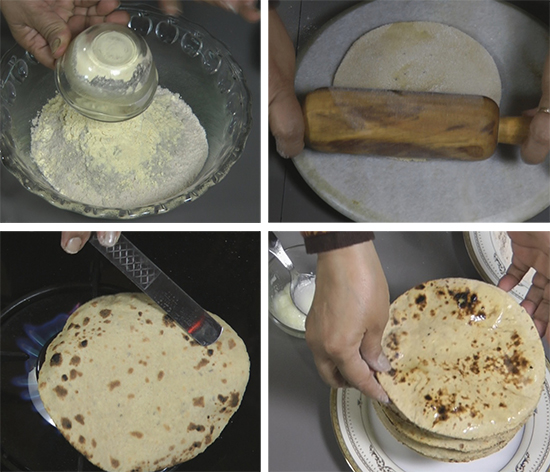 When roti turns darker on surface turn the side and roast the roti from beneath until it get brown spots. Meanwhile prepare second roti. Now take off the roti from tawa and roast directly on flame. Place the second rolled roti on tawa. With help of tongs, flip the roti and cook from both sides evenly until they get brown spots. Spread some ghee on roti and serve steaming hot or place it on a bowl kept above a plate. You can also keep the roti over a bowl kept inside the casserole. Likewise prepare all rotis.

For making multigrain flour roti, you can increase or decrease the quantity of any flour or can even omit the one you don't like. Apart from these, you can also add any other nutritious flour like jowar, ragi, moong dal flour and so on.