How to make Potato Papad at Home | Potato papad recipe 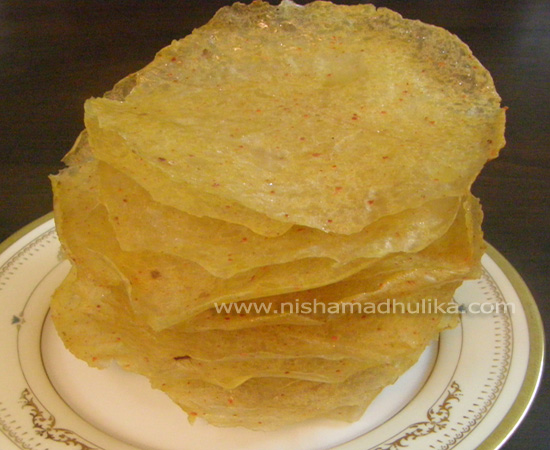 You can find Potatoes in huge quantity in the months of April and May and at cheap rates in the market. The Sun also shines at its maximum during these months. You can easily make Potato Papad, Potato Chips, Potato Sev during this time of the year. Lets make crispy Potato Papad today.

Method - How to Make Potato Papad

Once the Potatoes are boiled and cools down, peel and grate them. Add salt, red chilli powder into the grated Potatoes and mash them.

To roll out the Potato Balls you need 1x2 ft. thick polythene sheet and a big flat polythene -sheet is required to dry them under the Sun.

Spread the big polythene - sheet on top of a bedsheet on the terrace floor. Put any heavy substance like bricks on all the four corners of the sheet so it doesn't misplace.

To roll out the Papad take any thick transparent polythene sheet. Place the sheet on a rolling board in a way that half of it should be fall outside the board and half should be covering the inside of the board. You can even take two equal parts of a polythene - sheet.  Place the potato ball on one sheet and the cover it with the other sheet.

How to Dry the Papad on a big polythene -  sheet.

Let the papad dry in the Sun. After 3-4 hours turn the sides of the papad, when they are little moist. If the papad will get completely dry from one side, then they might break on turning or get stick to the polythene - sheet.

You can fry, roast the Potato Papad on the stove or in the microwave, whenever you want to use them. 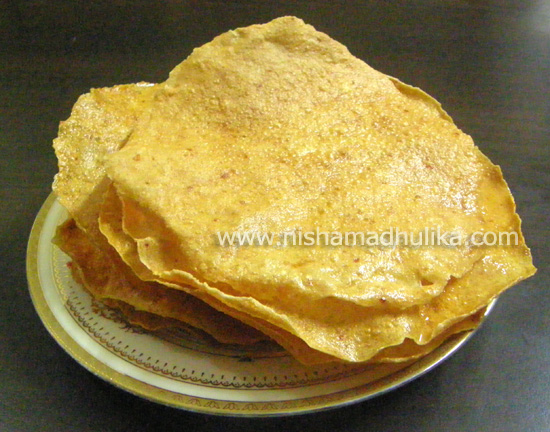 You can store and use Potatao Papad for more than 6 months, if kept in an air-tight container.

Precautions:
You can also use black pepper instead of red chilli powder as per your taste and preference.

If you are making Potato Papad for fasting days, then you should use the salt used in fasting food (Lahori Salt) and black pepper. 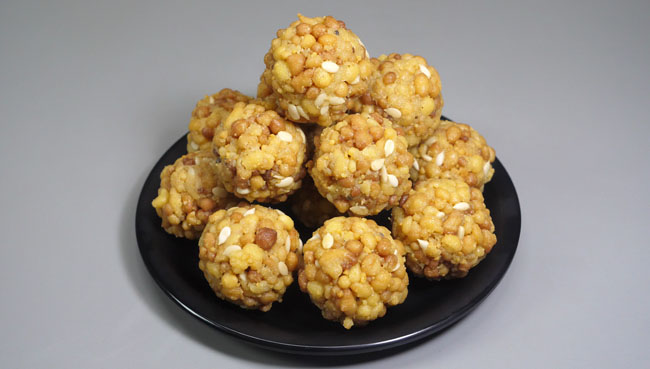